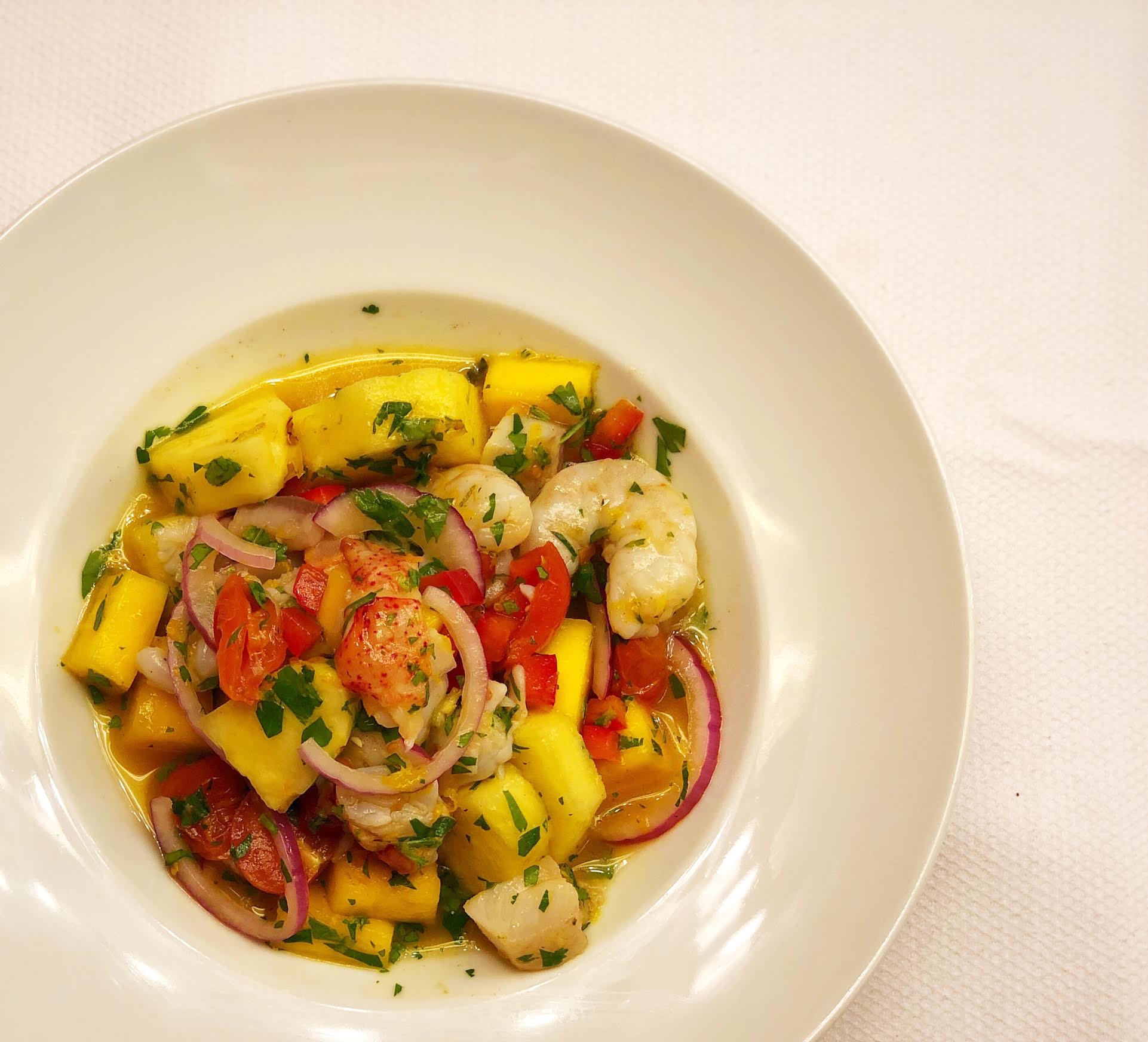 It’s officially Summer, even if some places haven’t gotten the memo yet. So it’s time for the fresh and flavorful food to come out. Ceviche is the perfect food for this time of the year. It’s cool, but packs so much flavor and can also have a bite if you add a little spice. This particular recipe takes traditional and combines it with some techniques that are not always seen in ceviche. There are so many islands in the Caribbean, but each one has different styles for ceviche and this is just one take on it.

Ceviche is an amazing flavor punch of freshness.  Even though it originates from Peru, it has been adapted into many cultures around the world.  The Caribbean not only took on ceviche, each island has their own take on it.  Trinidad ceviche in particular really balances out the spice of peppers with natural sweetness from tropical fruits.  This recipe takes traditional ceviche native to Trinidad and enhances it with some different culinary techniques.

This site uses Akismet to reduce spam. Learn how your comment data is processed.

Follow Us
We use cookies to ensure that we give you the best experience on our website. If you continue to use this site we will assume that you are happy with it.Ok